I spent some time this afternoon with two awesome little boys in downtown Duluth.  It was supposed to be a warmer day today - near 60!  Tomorrow should be more like 47 as a high, so I thought today would be a great day to take some photos of these guys.  It turns out that the big shift in temperature caused some really high winds!  I only grabbed a couple of quick shots in Santa's sleigh that was still set up next to City Hall and then we were chilled enough to run over to the pie shop for a treat.  Thankfully it was really warm in there and the buildings provided some shelter from the wind, so after our little break I had the boys stop on a bench in some shade to get some more photos.  I think I'll still want to take them back on a warmer day to get some shots by City Hall and on the town green, but overall I think we got some great shots! Here are my favorites: 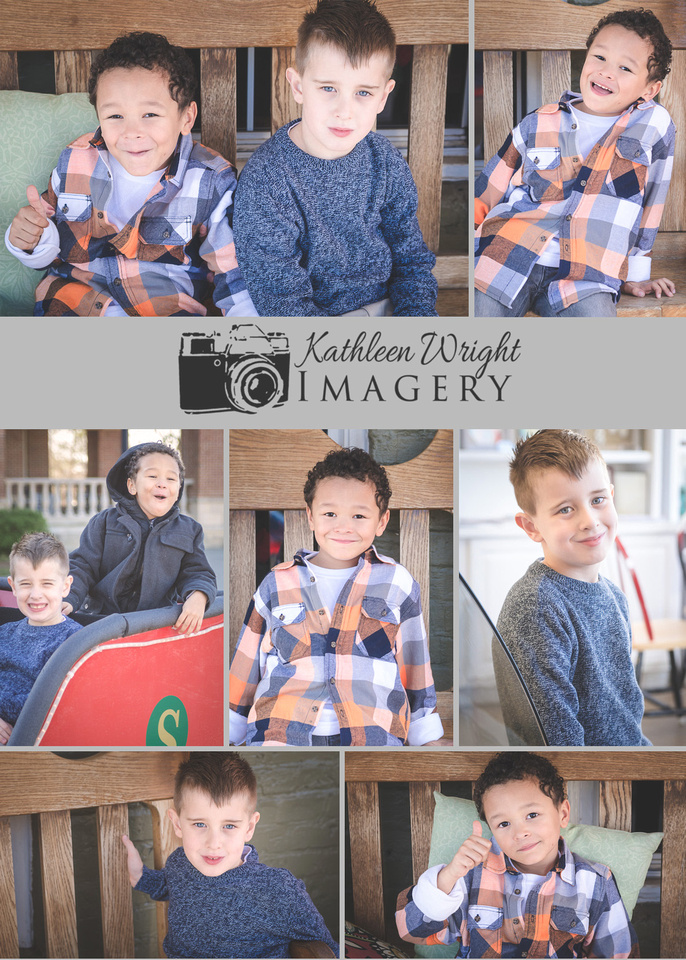