The weatherman said we would get 2-4 inches when Winter Storm Helena hit metro Atlanta overnight January 6th.  We went to bed hearing the clinking of sleet on the trees outside, ready to wake with a blanket of snow to play in the next morning. My son was so excited.  We hadn't had a good snowfall in years and Santa had just brought him some new snow boots.  We had a hard time falling asleep with all the excitement.

The kids woke before dawn.  We peeked outside and could see some white, but it was too dark to tell.  As the sun rose, our excitement grew and then quickly diminished as we saw the backyard. There was a little more than a dusting of white on the ground. The baby soon fell asleep and we decided to venture outside to check it out.  Maybe we could scrape up a little bit for a snowball or two.  On went several layers of clothes, followed by coats, gloves and boots. As the garage door lifted, they waft of cold air at least let us know it FELT like winter outside.

Luke sped outside to investigate, heading straight for his dad's car that had collected the most snow. We found nearly everything coated in ice with a very thin layer of snow on top.  He ran to the pond, which had a thin layer of ice on top.  He couldn't resist using his gloved fingers to break the ice and wondered how our fish were doing beneath it.  Traipsing through the woods between our house and our neighbor's he enjoyed the crunch of ice on the leaves under his feet.  Only once did he slip and fall in the driveway on the ice, but it did little to defeat his spirit when our neighbor and his son came out to play.

When the baby woke, I couldn't help but take her outside for some portraits of her, with Luke and myself. She was surprised at the cold air and curious about her mittens, which she promptly pulled off. By this time the sun had risen enough to cause the ice covered trees to sparkle in the light. Her new coat and boots helped to keep her warm, but her tiny face turned pink from the cold air. Her first snow event may have been less than what was expected, but it made for some lovely portraits after all.  I still like to call it "Snow Fake 2017", though. 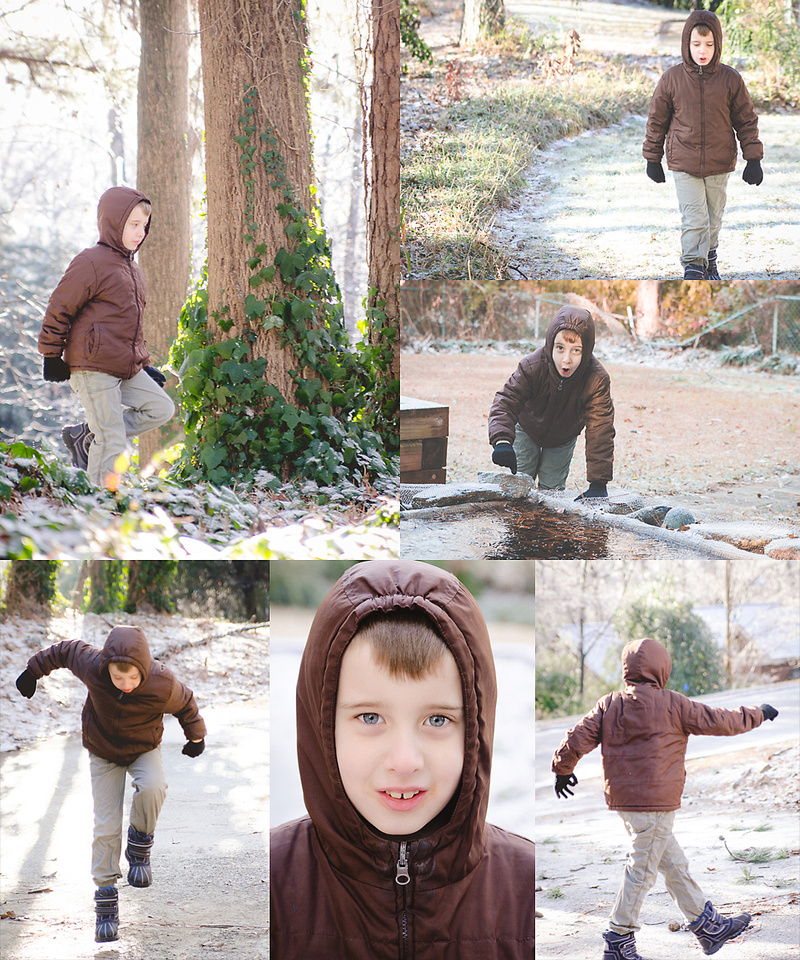 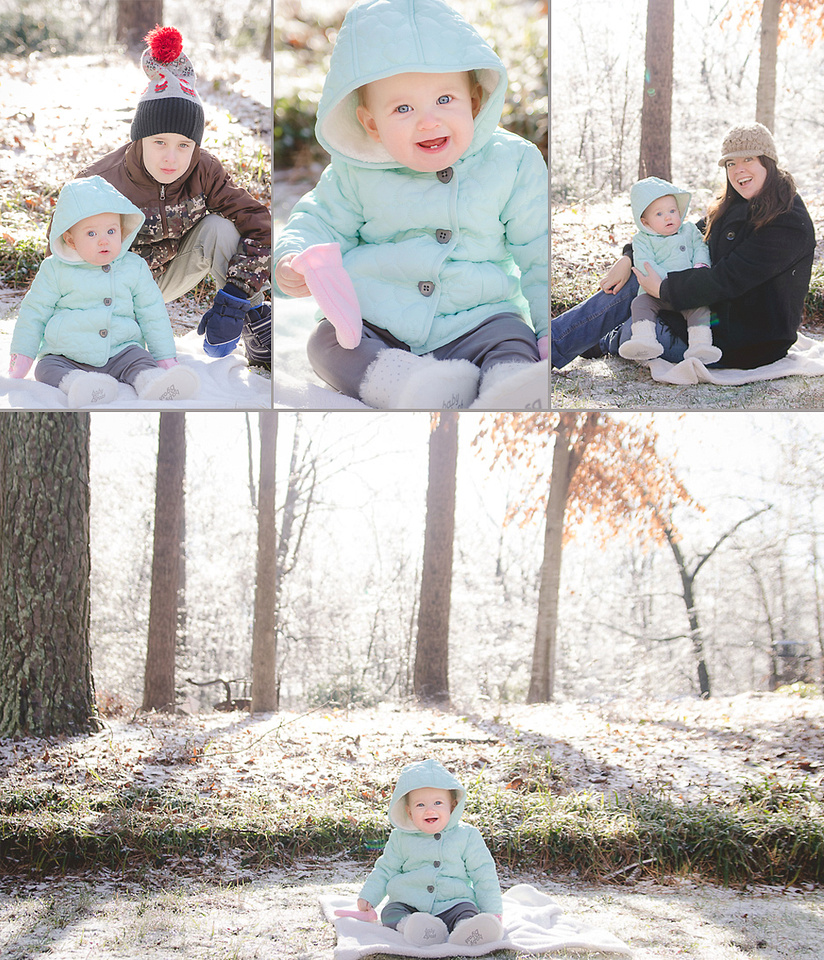 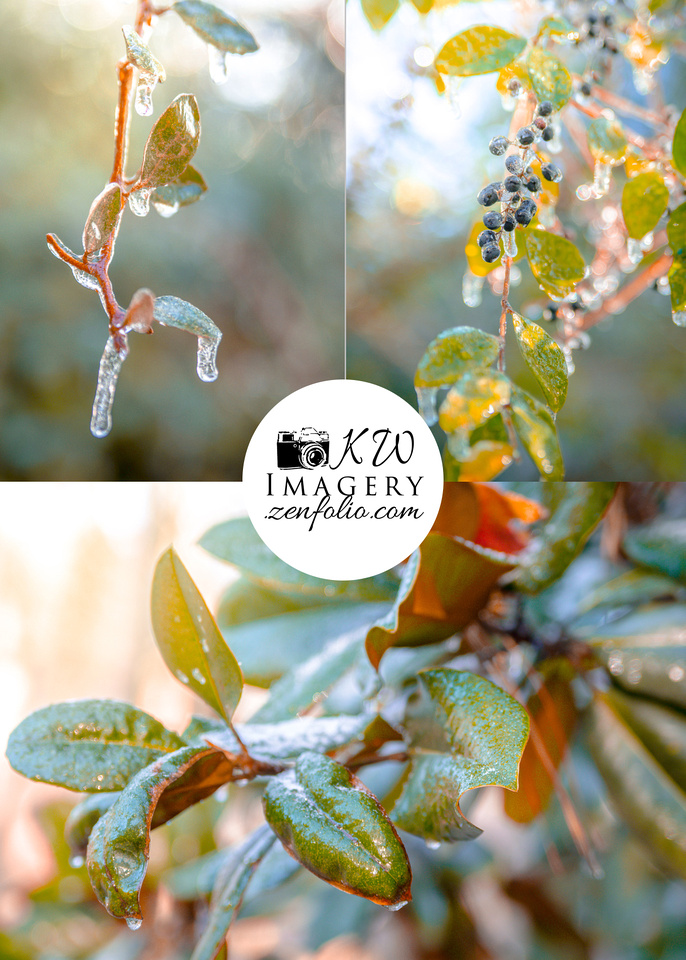