Curiosity is one of the great secrets of happiness.

The theme today was "Curiosity" and the challenge was to explore a new place.  Before leaving the house to drop my son off at school, I put on a simple dress and put one on my daughter, too, with the plan to take self portraits of myself and some of her in a new place.  So after he was at school, I just started driving in the opposite direction of the morning traffic, looking for a new place that would make for nice photos.

But it was misty and wet from several days of rain outside, so I knew that wherever we went that we would end up getting pretty dirty.  I finally found myself over by Lake Lanier.  Several of the park entrances had entrance fees and if I knew those were where I wanted to go, I probably would have been ok with paying, but I needed somewhere free and less crowded so that I wouldn't have to edit extra people out of images.  I finally found a road called Lanier Beach South that went through a residential area and ended with access to several lake beaches and a boat ramp.

After getting out my camera and tripod, I went to get my daughter out of the car and dropped my camera on the hard asphalt! The SD slot door and battery door popped open, but closed fine.  I had the lens hood on the camera and couldn't see any cracks.  I turned it on to take some photos and the shutter didn't consistently work! After adjusting a few things, I figured out that there's some kind of error with the lens auto focus. It will focus fine, but the shutter sometimes won't fire unless I turn off the autofocus on the lens and turn it back on. Very strange.  I'll have to take it into a shop to have it looked at.  It's my favorite lens and I did notice that the focus is soft at 75mm now, but fine at 50mm. I will probably switch to my 50mm prime for a while until I can get it fixed (if possible).

In any case, I took a few photos of my girl exploring at the trail head before heading down to the beach.  I set up the tripod and took a couple of images with her and then tried to take some self portraits to use in composites in the future, but I'm not really happy with them.  I think I just don't like being a model! So I ended up taking a ton of photos of her as she explored the beach, waded into the lake and dug in the pebbles and sand.  She got the bottom of her dress soaked and was covered in sand when we were done, but she was such a happy girl!

When going through the photos, I decided one of her would be so fitting for this theme today.  What better to show curiosity that her own innate need to explore everything around her?  While editing, I thought the image was nice, but needed something extra.  She was really fascinated with an orca pool toy someone was using at the neighborhood pool not too long ago, so I added one to give the piece more interest.  I'm pretty happy with how it turned out! 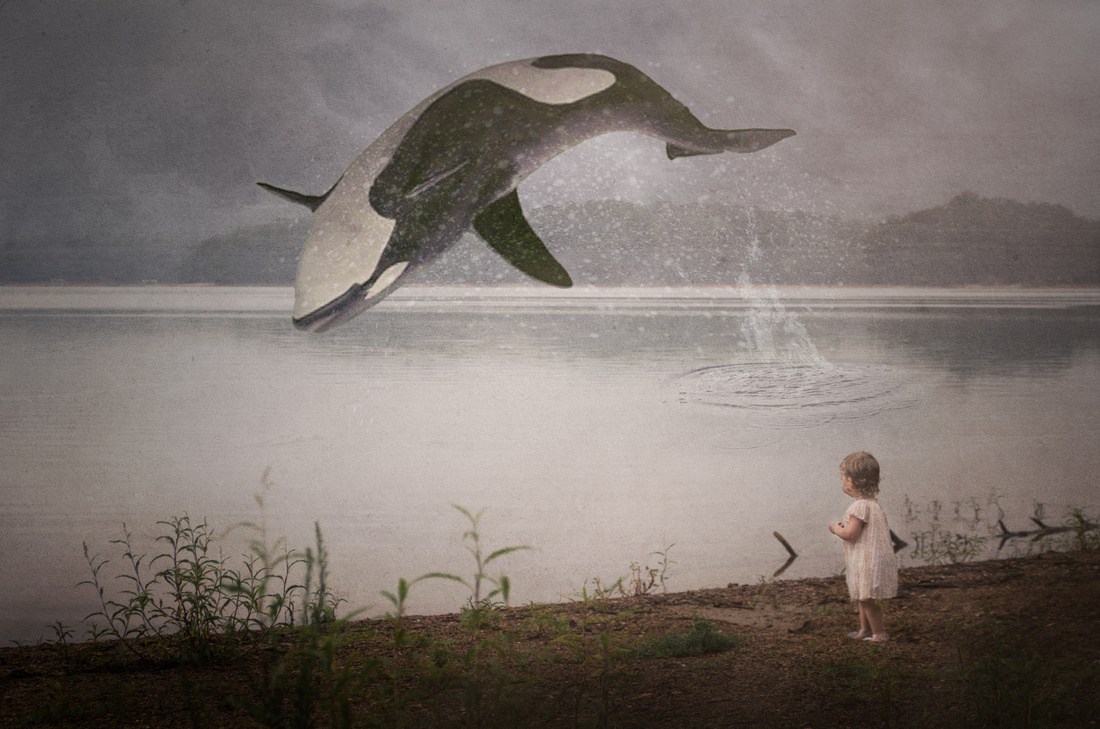 CuriosityThe imagination of a child is unlimited and I love to allow myself to feel a bit of that.

Orca and water splashes are from DeviantArt.

And here's a storyboard of some of the other images I got of her being curious!