Newborns are so special because they are only tiny for a short time.  More than three years ago I shot baby M's big sister's newborn photos, so it was a delight to return to capture his first portraits. He spent his first week in the NICU because he was born a month early and had a few issues, but he bounced back and was just the sweetest little guy during his session.  He was already 10 days old when I took his photos and had changed so much from the first few days in the NICU. He has the prettiest, glowing skin and even though he was a preemie, he was the size a of a full grown newborn.

His nursery is nautical themed, so I wanted to do something special for him.  His mom and I selected a beautiful digital background available through Sasha Chomachov to bring something unique to his nursery.  Using a digital backdrop allows me to to offer a wide variety of settings for fine art newborn portraits without having to spend hours creating them in Photoshop or spending a lot of money on props that I probably won't use again because I want each session to be special. Sasha has an enormous collection for both newborns and sitting babies. I just love how the one we picked turned out!

Of course, we did shoot many images of him on a neutral blanket and then wrapped on a fur rug with his special knit hat from the NICU. His mom had also purchased a knit fox themed hat and diaper cover set, so I did buy a few props to have another cute themed set of images for them.  I thought it would be cute for him to be an a market crate with a few apples around him, a fall kind of feeling without being too over the top.  I find if a theme is too seasonal, then it won't be as complimentary in a home to be displayed through the year.

I love how this session turned out and I look forward to watching this little guy grow up!  Congratulations Kristie and Levi! 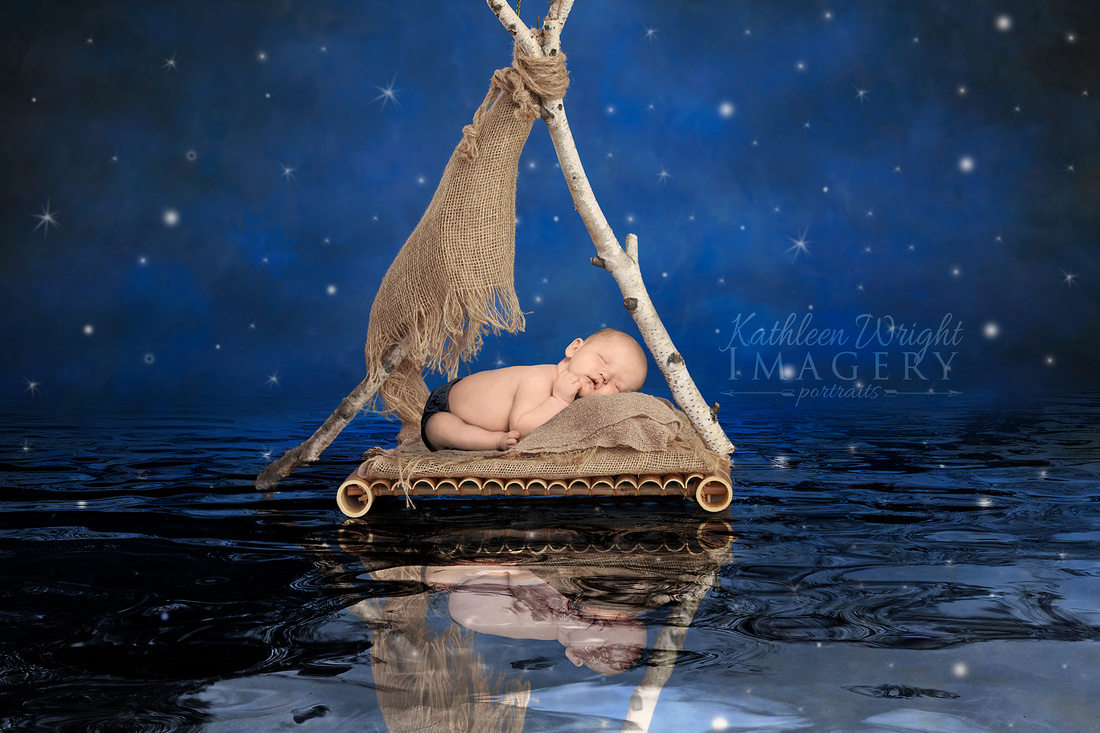 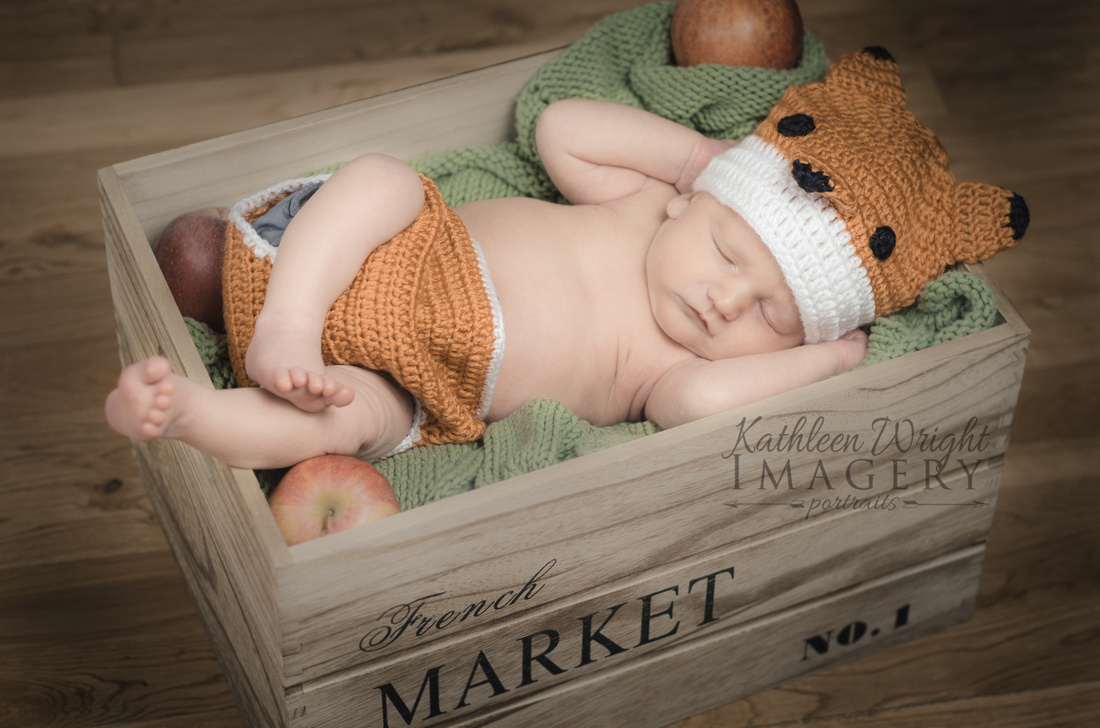 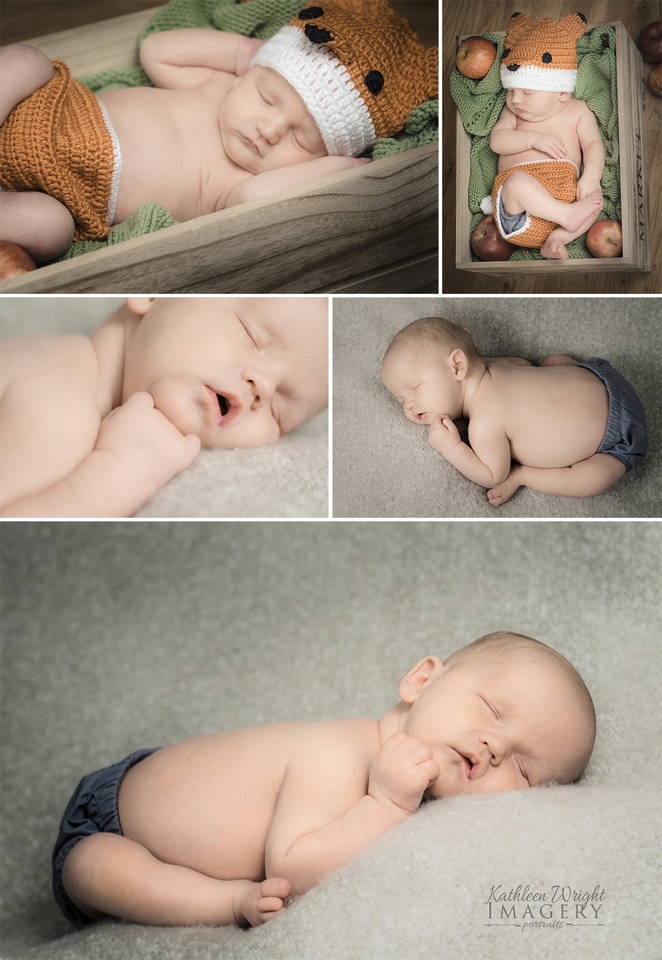 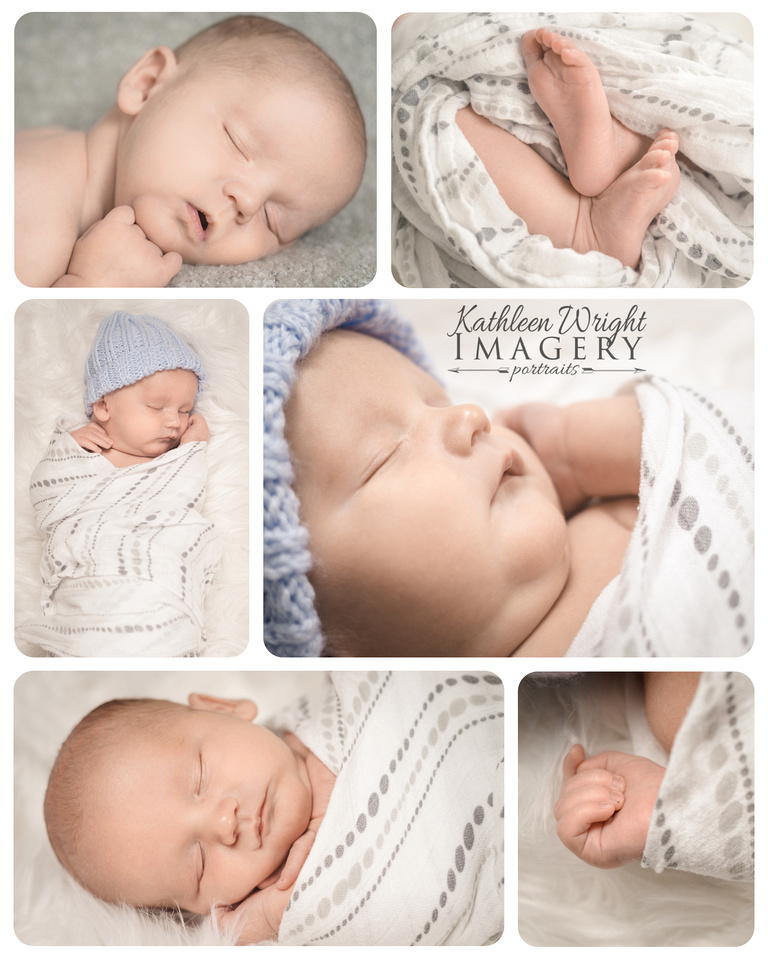